Too often during my quick-to-judge life, I’ve had to retract adamant statements uttered with overtones of arrogance. These pronouncements usually began “I wouldn’t be caught dead…” and often involved the beloved pastimes of others. I hereby apologize to fans of the following interests for my misplaced smugness and scorn.

(1) Golf: “This is a sport?” I’d mutter as I sat in an easy chair, flipped through the channels, and paused on something called The Master’s where the announcers whispered to each other and the players took strolls. But because my husband enjoyed the game, I took golf lessons and learned one thing: I am poorly equipped to play a game where you’re taught a thousand things to think about before you even tee off. Then, as you walk onto the green, mind a-buzz, you’re told to forget everything and “Let ‘er rip.”

So I’d rip, watch my ball dribble ten feet from the tee, and think, “How does anyone play this incredibly complex game?” 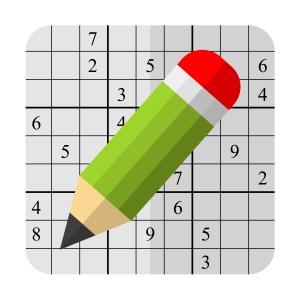 (2) Sudoku: I’m a word person. My math career ended with high school geometry and Mr. Stone, who prowled the room with a yardstick as he had an ongoing dialogue with Arnold Edgefield, a boy with a head full of theorems, postulates, and cowlicks. If anyone appeared indifferent to their brilliant dissection of the day’s topic, Mr. Stone whacked the culprit’s desk with his yardstick. Sometimes we had to duck to avoid flying bits of yardstick, but it felt good to be involved.

I lost all control of numbers that year, so why would I want to do a puzzle filled with them?

Then, to help pass the time on an endless flight, I tackled Sudoku in the airline’s magazine. To my surprise, solving the puzzle didn’t require complex mathematical procedures, but, instead, reasoning and recognizing the numerals one to nine. That I could do; I was hooked.

(3) Refinishing antique furniture: As my mother worked at restoring a battered oak dresser, my teenaged self declared that when I had my own house, I would furnish it with chrome, glass, mirrors, and leather, not “all this old wood stuff.”

Mom smiled, kept working, and said, “Whatever you want, Toots.”

Now I fill with pleasure when relatives visit me and say my home reminds them of Mom’s. Forget the two maxims I mentioned earlier and remember only this one: “Appreciate your mother.” 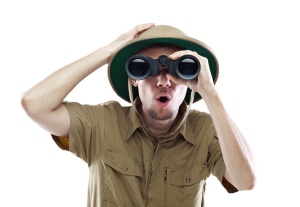 (4) Bird watching: Seeing a book on North American birds on a flea market table, I wondered why anyone would tip-toe around, wearing binoculars and a pith helmet, in search of a specific species of sparrow. I then resumed my search for marble eggs of a different hue than those I already had.

But after retiring, I began to notice the birds in my backyard, bought binoculars of my own, and soon experienced the rewards of watching birds: interesting creatures with unique habits, songs, and plumage that add color and melody to my world.

For someone who advises others to pursue interests, adopt hobbies, and find a passion, I used to be unbearably judgmental about the pastimes of others. But I now know better. In fact, I’ve been thinking about going to a demolition derby or maybe a tractor pull. And if I become a fan, I hope you won’t judge me as I have judged you.

In a recent Peanuts cartoon, when Lucy told Charlie Brown she was thinking of starting some new hobbies, Charlie said, “That’s a good idea, Lucy. The people who get most out of life are those who really try to accomplish something.”

Looking appalled, Lucy replied: “ACCOMPLISH something? I thought we were just supposed to keep busy.”

In the past, I thought like Lucy. Viewing hobbies as busy work to fill my idle moments, I pursued decoupage, macramé, origami, tatting, and yodeling. Each endeavor enjoyed the same success as my wish to be 5’6”. 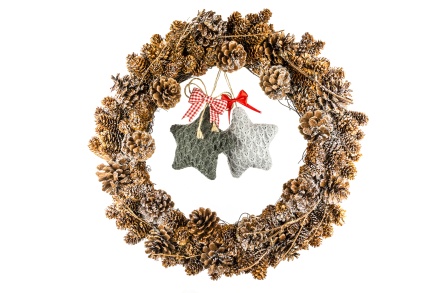 My search for a busy-work hobby peaked when I scoured fields and ponds for nuts, pinecones, grasses, and twigs, which I used to make Christmas wreaths. I gave these creations to loved ones, who exclaimed happily and hung them in their snug homes.

I had used liberal amounts of a smelly liquid adhesive to attach my found treasures to the wreath frames. Too liberal. Over time, as the adhesive heated in warm homes, my carefully collected bits of the outdoors drooped from the wreaths and dangled like so many hapless bungee jumpers.

Looking back, I realize I also shared Charlie Brown’s notion of hobbies; my attempts to keep busy should accomplish something: impeccable cream puffs, granny-square afghans for all, a homemade wardrobe with nary a puckered sleeve or uneven hem, artistic greeting cards often made at get-togethers where participants share ideas and cut perfectly square corners.

I  thought an accomplishment was a learned skill that yielded an impressive product rather than an activity pursued for the pleasure of doing it. Though I backpacked in the Sierras every chance I had, I didn’t consider it a hobby. It was too much fun. I liked it when my legs stretched strong and my breath slid deep; I relished standing in the smell of pines to watch ridgelines march into the distance and a river tumble below. But the joyful experience yielded nothing I could enter in the country fair.

I learned that process is as rewarding as product from my mother, when she shared with me her passion for rescuing abused pieces of wooden furniture hidden under layers of paint. Working with her in the sunshine of my Nevada home, I scraped, sanded, stained, and oiled. Doing so, I realized that the smells, movements, and tactile experiences of the process pleased me as much as having a new, lovely piece of furniture. 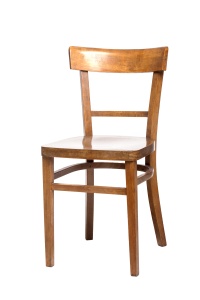 To this day, when I walk by something one of us refinished, I’m compelled to reach out and run my hand over it, an involuntary act of connection.

The synonyms for hobby — pastime, diversion, leisure pursuit — trivialize it. Hobbies satisfy my soul. When I’m immersed in one, I’m both Charlie Brown and Lucy: staying busy and accomplishing something — but with the added benefit of fulfillment. And I feel at one with potters, cooks, gardeners, skiers, kayakers, and photographers: all those who find completion in a process.