In past posts I described my failed attempts to be an accomplished pianist and an admired artist: one led to a keyboard fiasco in church and the other to my inability to produce art as riveting as my father’s skinny chicken. 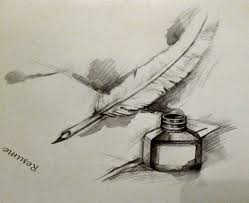 More recently, I decided to become a poet. Aglow with visions of quill pens and reading to enraptured audiences, I enrolled in a class for would-be poets and nearly quit when I had trouble completing the first assignment.

As I drove home from class, a stingy snow began to fall and didn’t stop, eventually coating yards and trees with insistence, rather than abundance.

Around 5:30, after an afternoon filled with busy work, instead of starting dinner, I turned up the heat and reread my assignment, a simple, twenty-minute exercise designed for beginners: concentrate on a scene in nature, describe what you see in complete sentences, pull phrases and words you like from those sentences, then arrange the selected fragments according to your idea of poetic format. 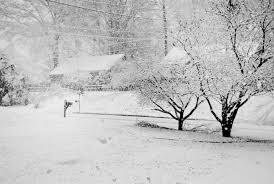 I wanted to write poems. I wanted the ability to poetically describe the world I inhabited, to use few words to make the scene outside my window come alive for others, to depict swirls of snow on glistening asphalt and a diminished sky filled with persistent, sparse flakes.

I stood at the window, as frozen as the wind-whipped flakes I watched, and tried to find even one satisfactory sentence for my assignment. Twenty minutes later, I gave up: the assignment unfinished, dinner uncooked, and the poet depressed in a nagging, puny way, not the grand depressive state I imagined a real poet would feel.

I decided to start the spaghetti.

No matter how motivated, I find it hard to develop a new skill: work is required, failure is frequent, and — once past elementary school — praise is mostly absent. Too often, I react to my lack of skill and fear of failure by procrastinating or quitting. If I hadn’t had loving cheerleaders standing by offering encouragement, appreciation, and outstretched arms when I first tried to walk, I’d probably hold Ripley’s record as the world’s oldest living crawler.

Now, five years after my first poetry class, I continue to distract myself when I need to have something ready for my poetry group. Prose flows from me; poetry doesn’t. So I resist the effort involved.

Recently, I wrote an apology to the group to explain why, once again, I arrived without anything to share, and did my best to make it look like a poem:

I Hope You Understand

I apologize. I’m not prepared.

I had things to do—
finish a disappointing novel
water anything that drooped
call people
drink coffee and stare
stalk Facebook friends
breathe.

So I haven’t written a poem.

Yet, during the afternoon
I reserved for writing a
poem about crows
strutting like Sumo wrestlers
along my sidewalk,
I alphabetized the spice cabinet
ate rhubarb pie with ice cream
and napped.

After all, one has priorities.