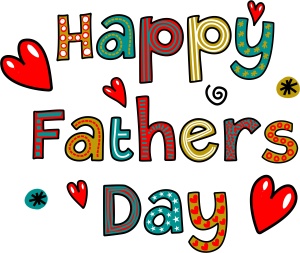 I remember how my dad took his children to Schroeder’s, despite a lack of ready cash. Screen door slamming; tall, work-slim body striding across the yard, he yelled to any of us within hearing, “If you want to go, climb aboard. I’m on my way.”

Word spread, “He might be going to Schroeder’s.” Deserting chores, we scrambled into our dilapidated jeep, jockeying for position. Dad gunned the engine, shot away and, singing that he’d take Kathleen home again, paid no mind to his passengers caught in mid-scramble.

A fast five miles of irrigated farmland flashed by, dotted by an occasional house hunched beneath massive outbuildings. The finger-smeared windows through which we peered softened the countryside and gentled farmyard clutter. Dad, more interested in his vibrato than our battles, bounced the jeep along rough roads in tempo to his tune, until, gravel flying, he executed his usual abrupt stop. “Whoa there, old boy, whoa there,” he shouted to our great amusement as he flamboyantly pulled back on the wheel and stomped on the brakes at Schroeder’s Auto Repair.

The single, rusted-out gas pump reflecting long departed prices isn’t tempt us; nor did the garage’s shadowed interior with its thick air smelling of rubber and oil. We didn’t stop to examine Schroeder’s grease-begrimed tools or the fly spotted glass case holding PayDay bars, Juicy Fruit gum, and hide-a–key containers. Instead, clutching unfamiliar dimes Dad distributed from a near-empty wallet — an act our money-worried mother wouldn’t approve — we ran to the rectangular soda machine sitting like a dusty treasure chest in a far corner, burbling moistly to itself. 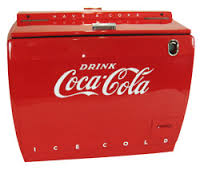 While Dad discussed man things — lay-offs, unemployment checks, failed crops — with big-voiced, thoroughly dirty Schroeder, we circled the red machine and argued best flavors: orange and strawberry being top contenders. Then, decisions made, we clinked our dimes into the coin slot. The machine’s scratched red lid sighed reluctantly as we lifted it, exhaling cold air that washed over our peering faces.

Inside the rectangular chest, icy water bathed cold bottles that we slowly worked along notched metal rows until we could each lift our choice clear, remove its crimped cap with the built-in opener, and take the first sweetly stinging swallow.

Carolyn, a teenager, assumed a pose of nonchalance and sophistication, drinking as though it was almost more than she could manage. Bob threw his head back and drank like the rowdy boy he was, pausing only to burp. I sipped, savoring and saving. Barbara, who had yet to grasp the science of swallowing, let orange liquid flow down her throat in an uninterrupted stream, plugging it with her tongue when she needed to breathe.

As we drank and laughed, Dad looked over at us and grinned.

If the total of a man is made of small acts, our dad was a giant.

This post was adapted from my book, A Seasoned Life Lived in Small Towns